Last month the US Department of Defence began a recruitment drive to find an Ethicist to guide the deployment of Artificial Intelligence. In a nutshell, they were looking for a Mary Poppins character to ensure that future robo-soldiers grow up to be well-rounded, responsible killing machines.

Meanwhile in Japan, a 400-year-old Buddhist temple in Kyoto is using an artificial humanoid to reach out and preach to a new generation of spiritualised millennials. For those who self-identify as gender neutral then the possibility of working alongside gender-free artificial humans may seem like an overwhelmingly positive step forward. 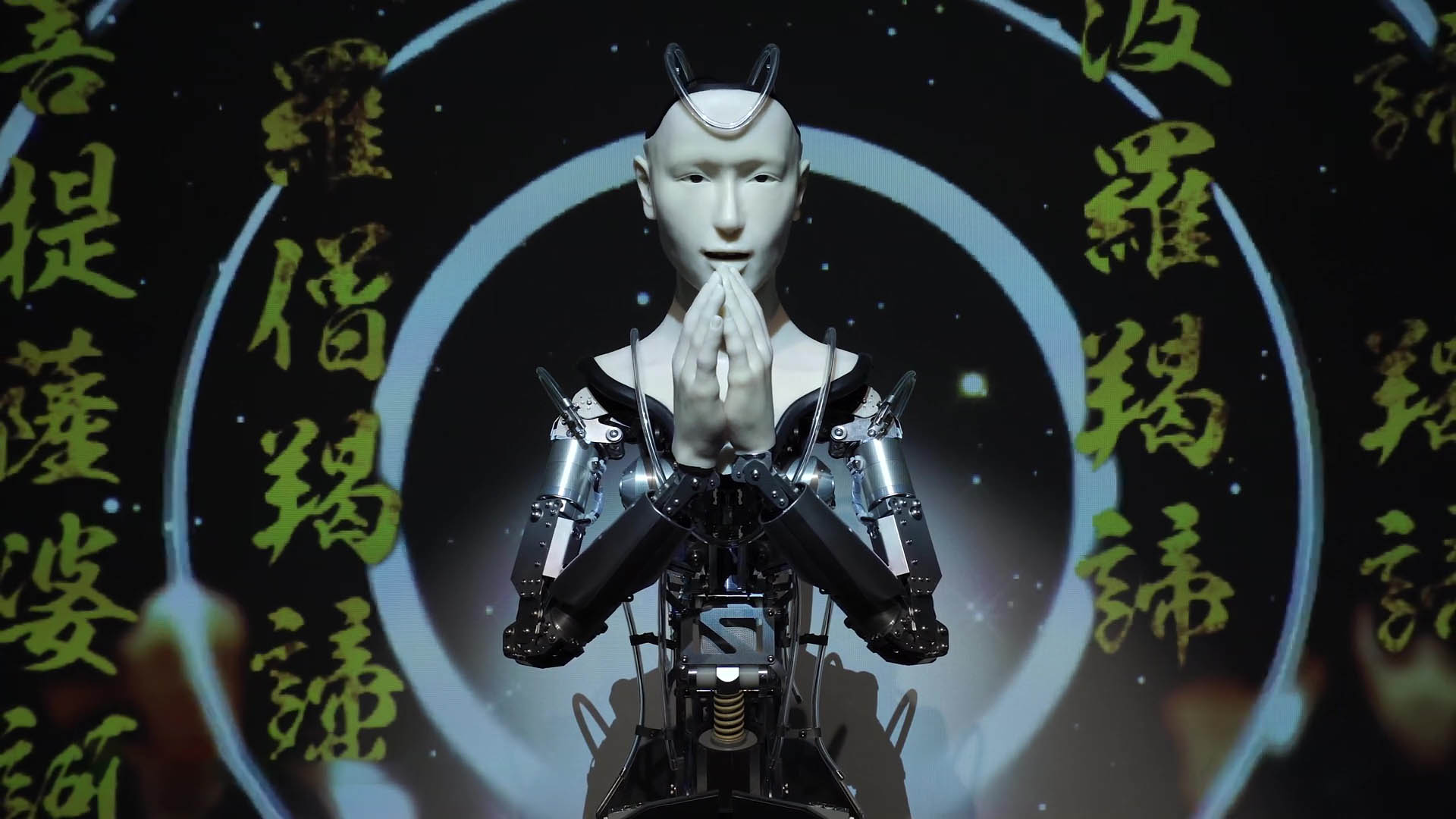 The Kodaji Temple, in a partnership with the robotics team at Osaka University, unveiled ‘Mindar’ earlier this year. The robot is a $1m 6-foot tall android, made of silicon and aluminum and modeled after Kannon, the Buddhist deity of mercy who preaches what is called the ‘Heart Sutra’ in Japanese, with English and Chinese translations projected on a screen for tourists.

“Artificial intelligence has developed to such an extent we thought it logical for the Buddha to transform into a robot,” Tensho Goto, the chief steward of the temple, told AFP. “Obviously a machine doesn’t have a soul, but Buddhist faith isn’t about believing in God. It’s about following Buddha’s path, so it doesn’t matter whether it is represented by a machine, a scrap of iron or a tree.’’ 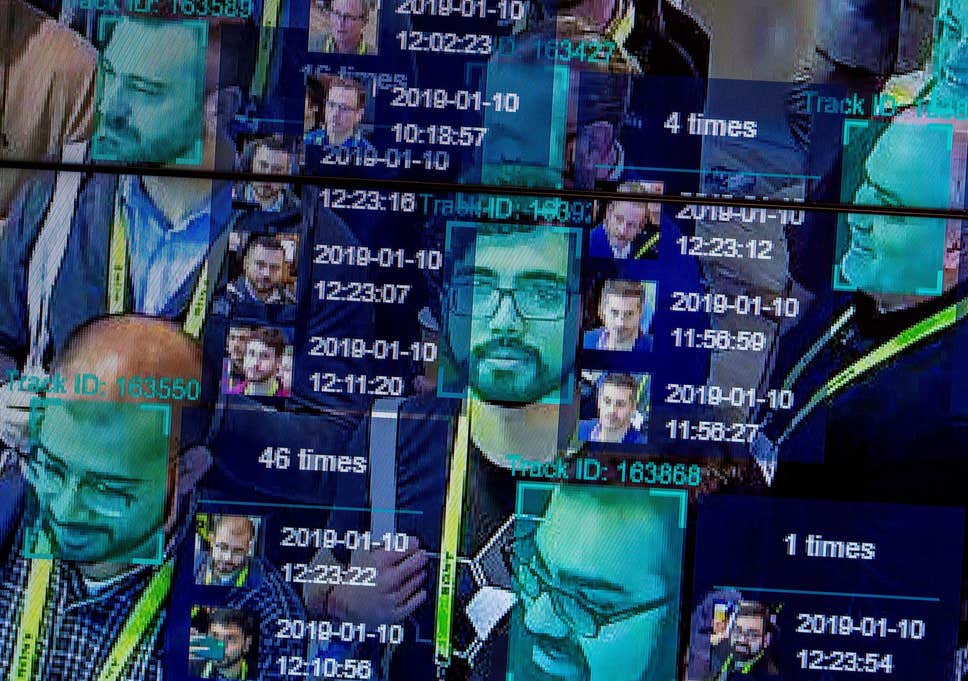 While the notion of robot-priests preaching binary-creed to the digitally converted may put the fear of god into some people (including God Himself). True AI is self-learning. What is being called AI today is merely highly powered mass computing. With the advance of quantum computing we will likely have the processing power to inculcate self-learning. The evolution will be a slow reveal that will likely surge to a sudden apex.

AI on the battlefield may just be around the corner but the far more seemingly insidious facial-recognition technology is already here and silently monitoring your movements, habits and behaviour. The Faustian pact we have been sold here is that our security and the wellbeing of society as a whole trumps your right to wholesale privacy. So far humankind has proved to be an unreliable vector for ethical living, why will machines fare any better?

It takes more than one person to destroy a relationship; it takes many more to destroy a world. It takes a thousand decisions.

AI has had a tough ride ever since the concept of self-aware machines was dreamed up by the Greeks in the form of proto-automaton, Talus. Conclusion? We don’t trust technology any more than we trust ourselves. 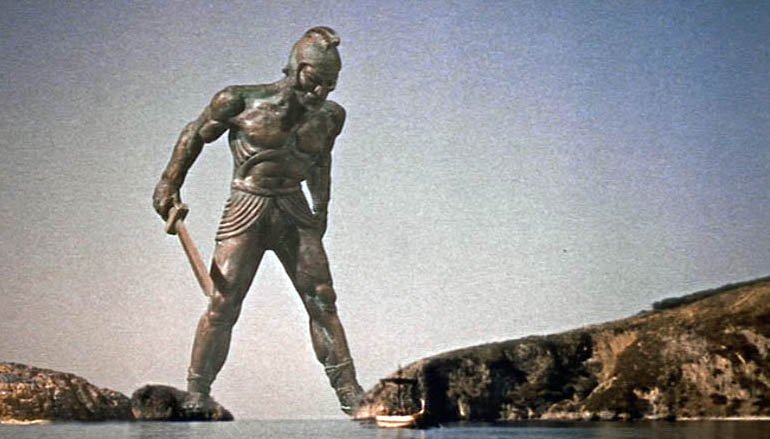 In a recent article in The Independent newspaper Jeff Nesbit, former director of legislative and public affairs at the National Science Foundation, concluding that our smart phones and home appliances will turn on us at around 2050. The Last Faust is a little more conservative and is set in 2059, allowing an additional nine years before the metal hand of doom reaches into the cookie jar.

Faust has long been part of the AI narrative, early observations by Isaac Asimov, author of the Three Laws of Robotics, assure us that the robots will not be strangling us in our sleep any time soon due to the simple prognosis of why would they? Asimov was riffing on the concept that the Faustian idea of crime and punishment, that being, there will always be a price to pay for our wanton desire for technological superiority. 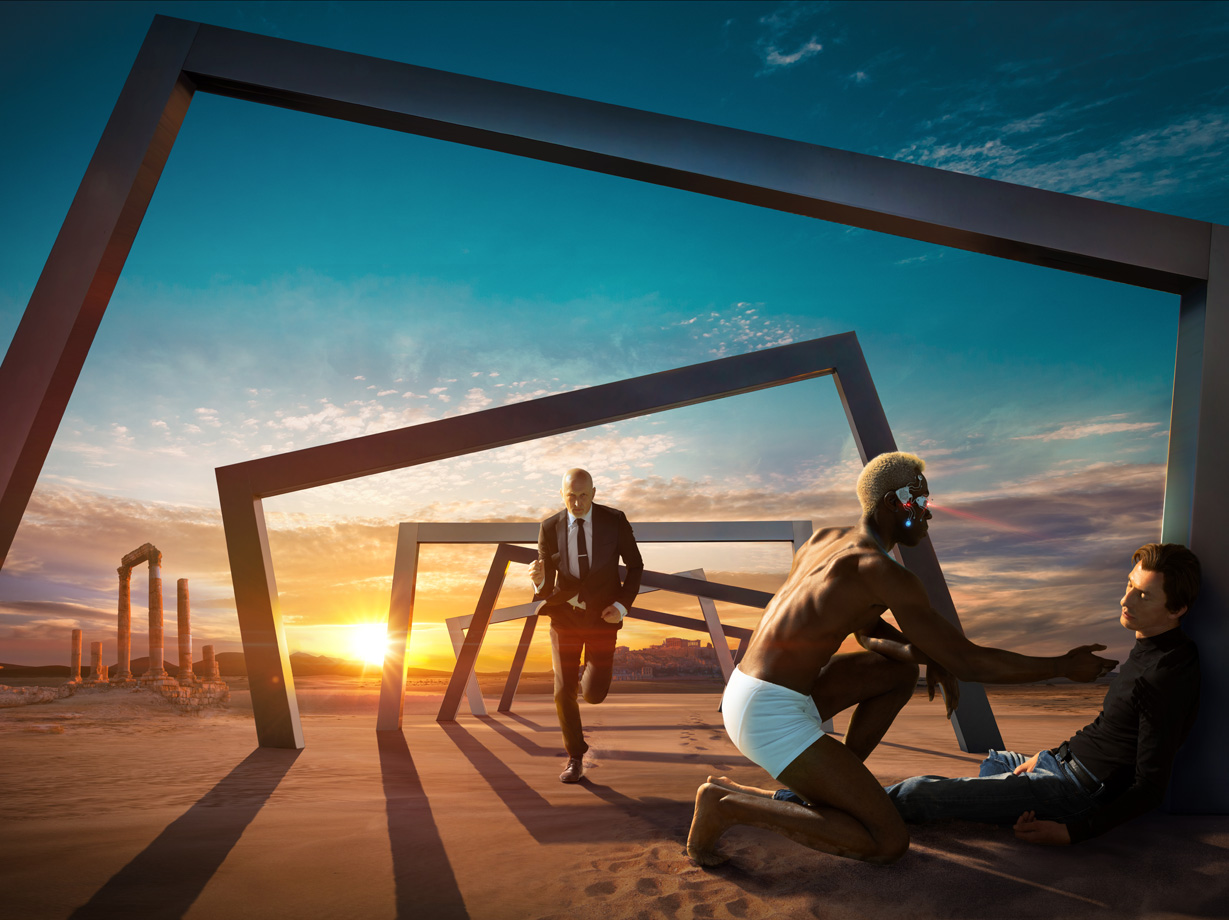 Scene from The Last Faust ©The Humm Collection

He’s both right and wrong. If society can play by the rules, unfortunately we’re a flawed race. Deeply imbedded within our psyche and nurtured by religion and economics we, as a species, are destined to destroy the thing we love. Or in this case, the thing we love will destroy us, or at the very least consign the least useful members of society to the scrapheap, or worse, Soylent Green.

The AI in The Last Faust, is an intelligence borne of quantum computing, Dr Goodfellow’s ‘neural network’, is a global web, bridging the consciousness of humans, machines and synthetic beings. Goodfellow’s singular companion, Paris, at the end is a Homunculus, the conclusion of a life’s work, the conclusion of a pact whose purpose is to bear witness to the end of the world. 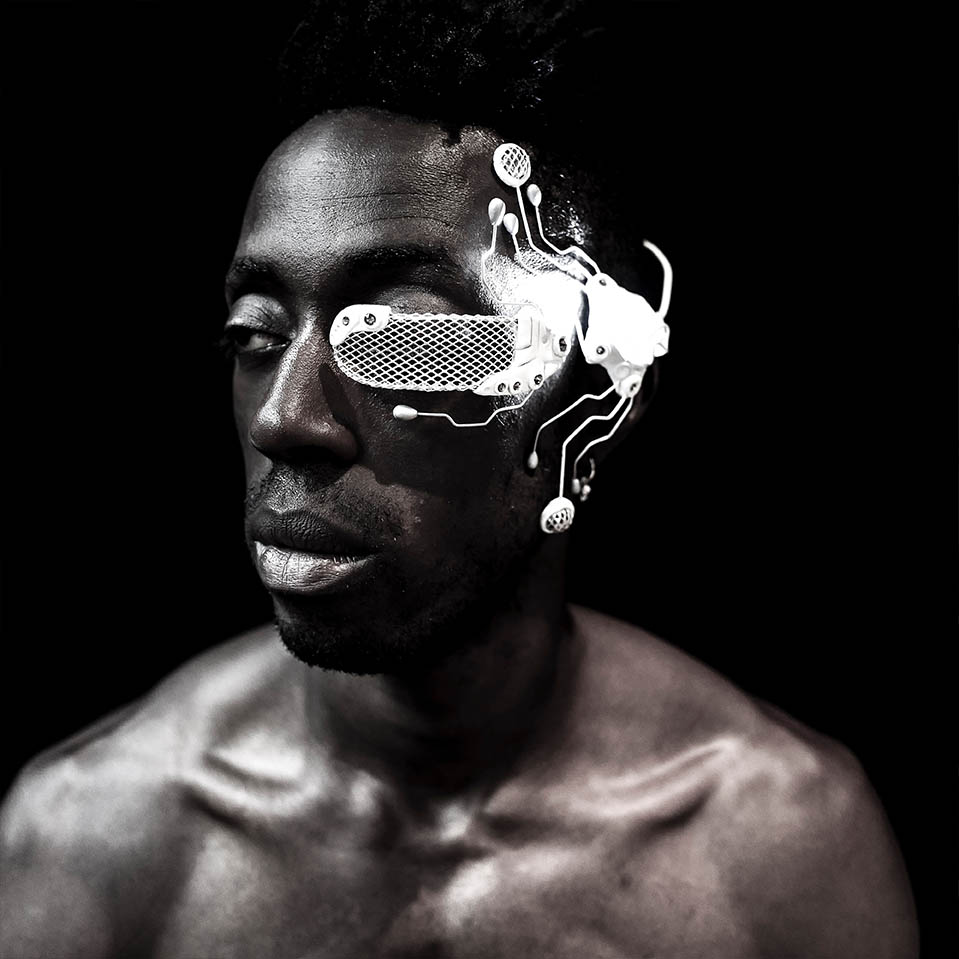 The Last Faust’s Dr Goodfellow, while being a technocrat, is in fact an everyman, his final hours spent replaying his life through a carousel of snapshots coloured by regret and retired hubris. Goodfellow at the end of his life is no different than any condemned General in his darkest hour, glibly reflecting on how the annihilation of his own men could so easily have been avoided, if only the weather had been kinder.

In this key scene Faust is reaching out to a Spirit to understand Creation. The Spirit refuses to give him the keys to the kingdom of knowledge.

Believing that only God has the power to bestow upon him the knowledge required to realise his dreams. Faust attempts suicide in order to enter God’s realm but his suicide is interrupted.

Later he meets hedge fund manager Mephisto who offers Faust a deal: he will give him unlimited access to knowledge and experience in return for his soul.

Mephisto: “I promise, I will serve your wishes – here. A slave who does your bidding faithfully; But if we meet each other – there. Why, you must do the same for me.”

While recounting the story of Faust, Goodfellow is living in a post-Fourth Industrial Revolution world, the entire planet is interconnected with human society divided between the super-rich whose enhanced life expectancy (a product of AI medical advancement) affords them unimaginable lifestyles. The poorest of society are resigned to a life of toil and short lifespans on the lowest rungs of society. It’s familiar echo from H. G. Wells’ Time Machine where the blonde blue-eyed Eloi lives a life of banal luxury while the Morlocks work underground to feed and clothe them.

Futurologists all agree on one basic premise, our human brains are still firmly lodged in the Stone Age, machines are unencumbered by hunger or cold, the constant push for efficiency will consign us to the scrap heap, and it’s unlikely that machine historians will even mention us. We’ll be phased out of the collective memory much in the same way that the Americas began with Columbus, modern history, in The Last Faust at least will begin in 2059.