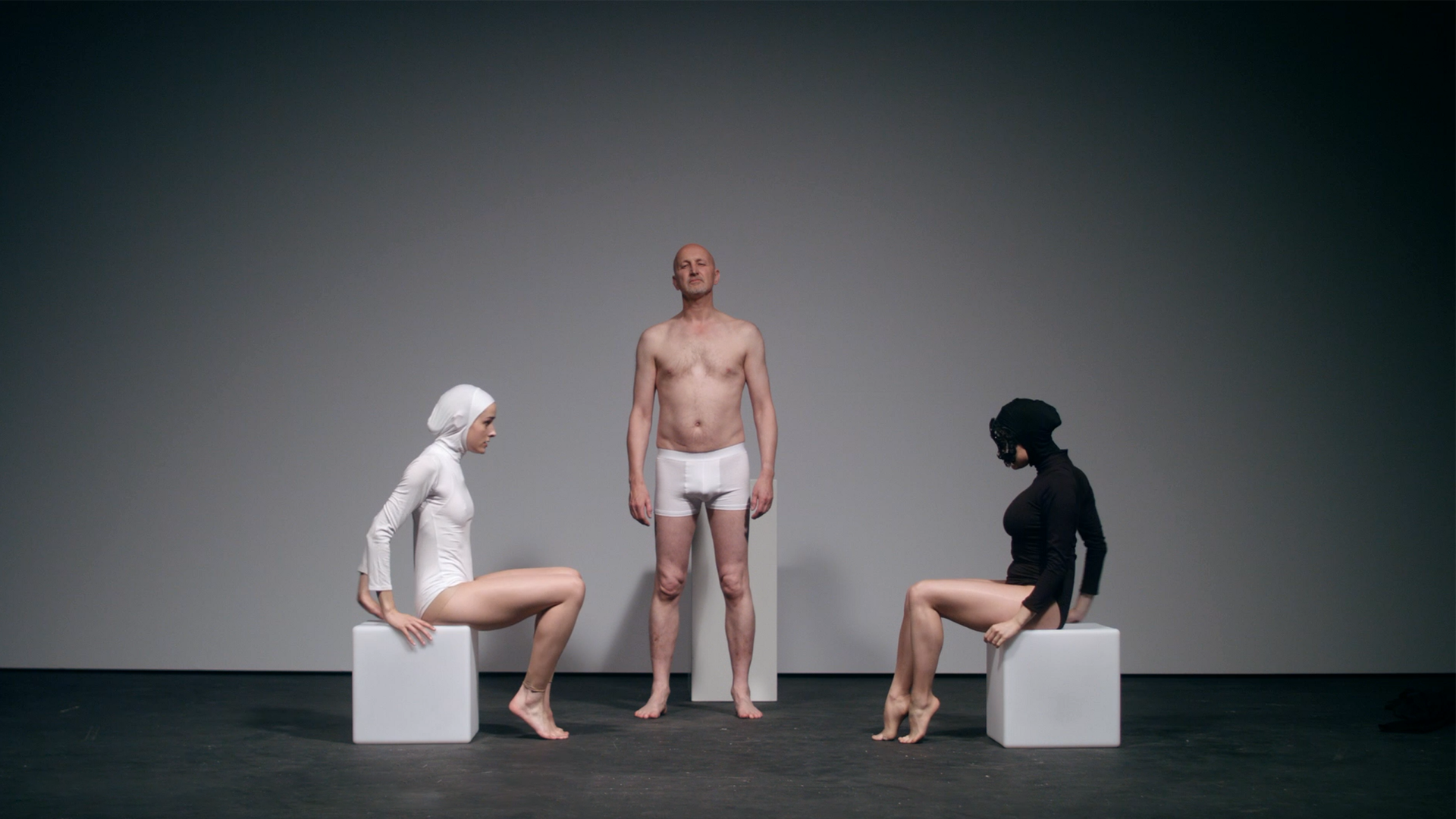 ‘‘I’ve played everyone from King Rat to King Lear’’

Born in the seaside town of Morecambe in Lancashire, Glyn Dilley was a sensation by the time he’d left school. He’d already performed in the West End and off Broadway. It was a dazzling start for the classically trained actor who plays the duplicitous, demonic hedge-fund manager Mephisto in The Last Faust. Yet, there is a twist in this particular tale.

‘‘My first acting experience was playing Joseph in the school Nativity, my fate was sealed from that moment onwards. I went on to perform in many school producions and local drama groups, but most notably in Peter Schaffer’s The Royal Hunt of the Sun in which I played Atahuallpa the Inca Emperor. Now, the theatre I played with the local group was in the West End (of Morcambe) and the school I went to was the local grammar which was just off Broadway (in Morcambe), it’s a running joke!’’ 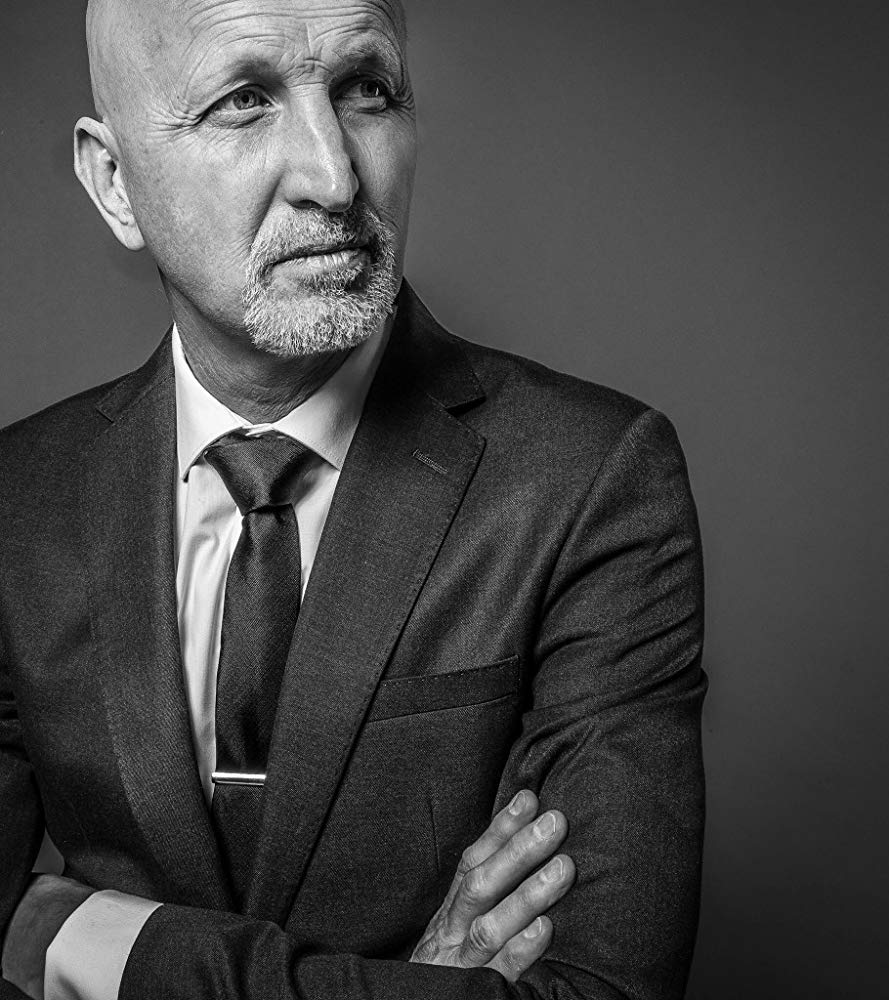 Dilley trained at the prestigious Rose Bruford Drama School in south London and was in the very first class to graduate in 1976 with a drama school degree from the pioneering college, whose board of trustees included such luminaries as Poet Laureate John Masefield, Sir Laurence Olivier and Dame Peggy Ashcroft. Former students include the Academy Award-winning actor Gary Oldman and Stephen Graham.

‘‘Drama school helped enormously with speech, especially with blank verse which was an obvious asset working on The Last Faust as it’s in verse and having that knowledge and ability to understand structure came in very handy. Once I graduated I did lots of pantomime as well as other stuff and so to encapsulate my career you could say I’ve played pretty much everyone from King Rat to King Lear.’’ 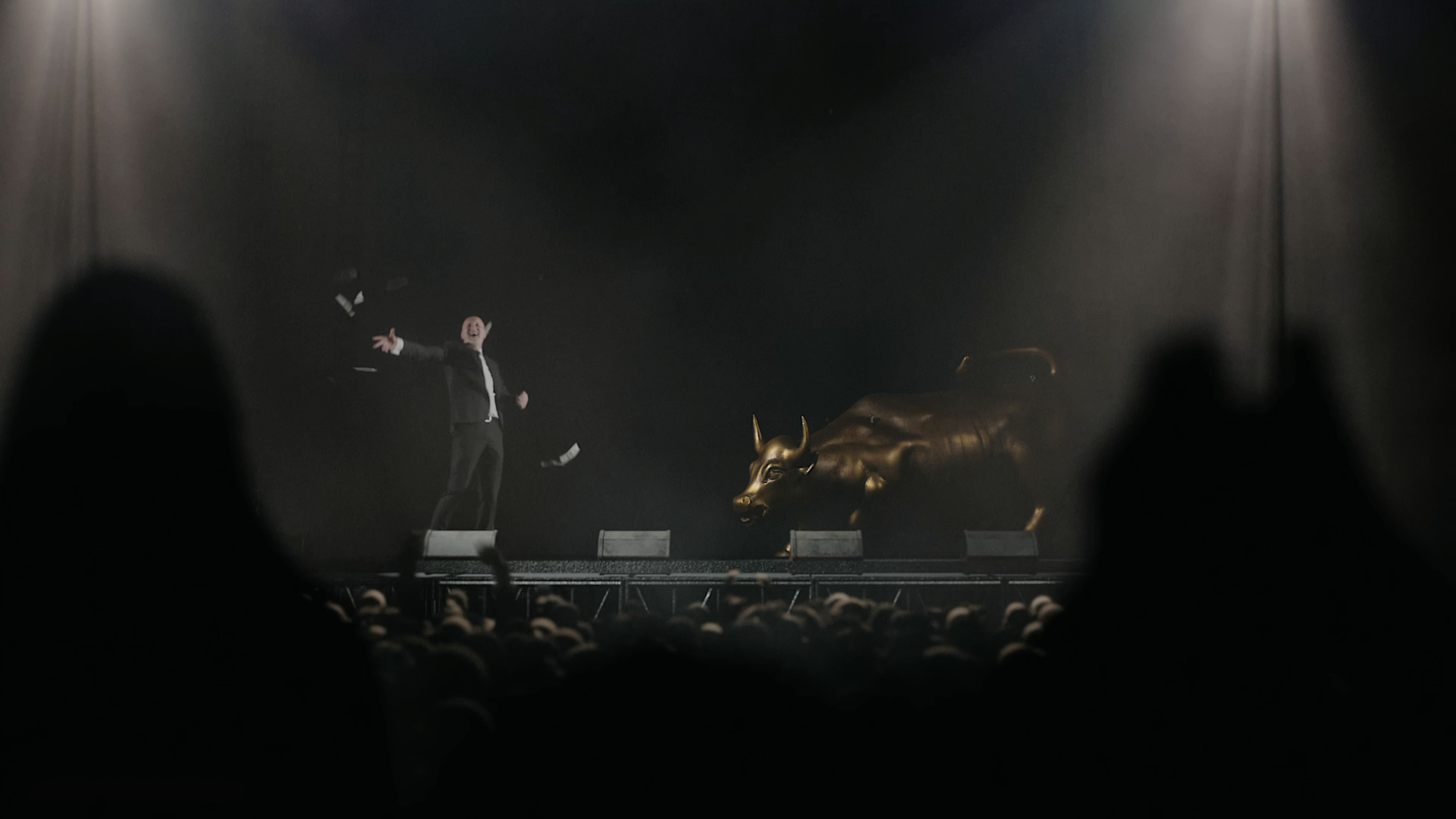 Mephisto and a cheering crowd @The Humm Collection

He now lives in Wiltshire with his wife and two children where he’s currently writing a play and working on other projects and is refreshingly frank about the challenges that actors face and the fact that by nature, there is constant uncertainty and to a degree an element of risk.

‘‘Being an actor is a condition. There have been periods when I have stopped albeit briefly, when my children were small and some stability was important. I taught performing arts for some years which were good as it allowed me to direct.’’

‘‘Acting is always about understanding people, understanding why they do the things they do, getting inside their heads. I think the moral justification for it (acting), and let’s face it for many people it’s just entertainment, is to allow people to see inside other people’s heads and therefore see themselves better.’’

Dilley has played many legendary and magical characters throughout his career including King Arthur, Odysseus, Prometheus and Merlin. Good guys to a man, Dilley’s wife was adamant that his character development and path was better suited playing villains and rogues. Matrimonial constructive-criticism at its best. 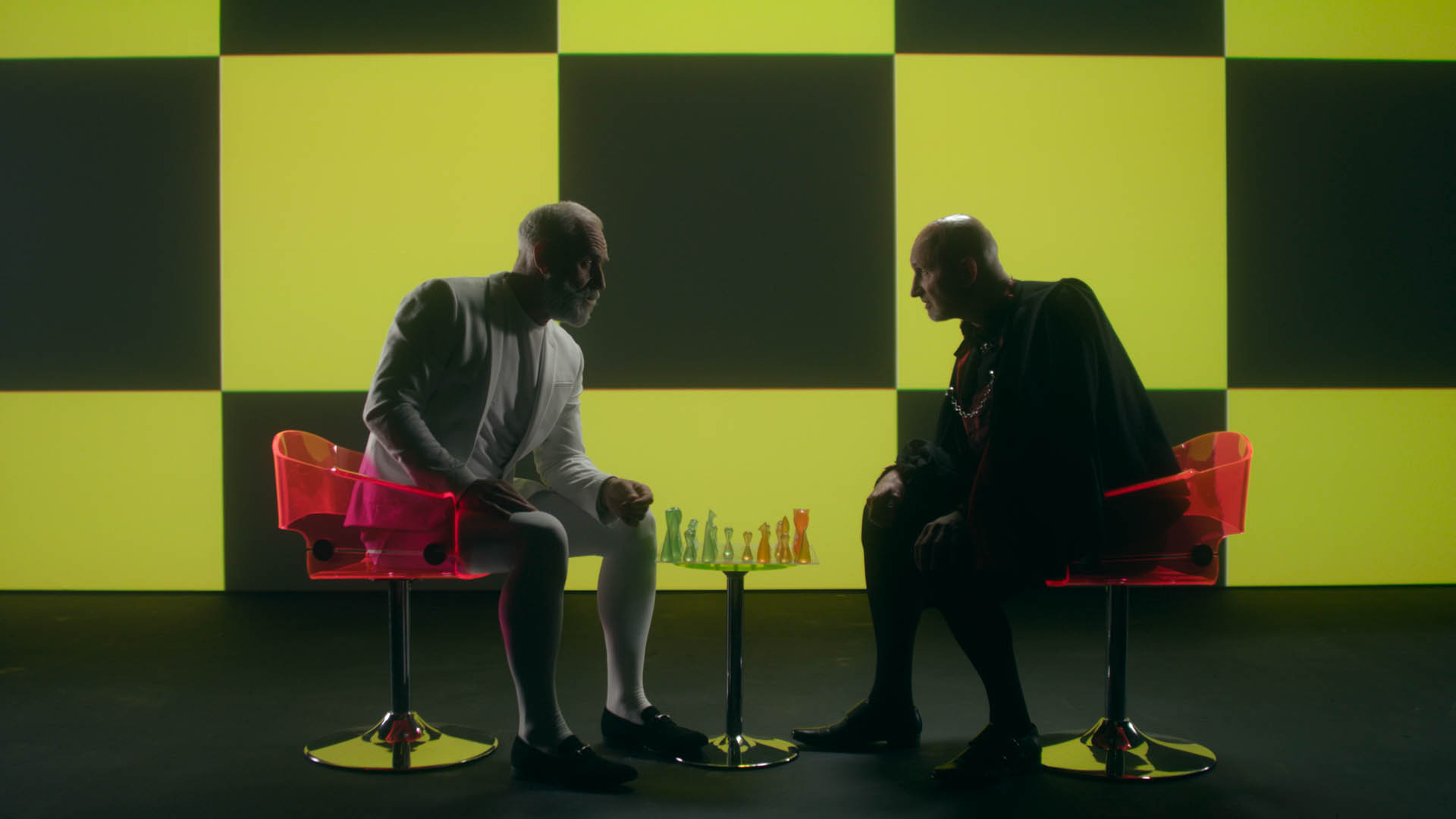 The bet between Devil and God ©The Humm Collection

‘‘I was actually quite surprised when I was invited to be cast in the role of Mephisto as it seemed counter intuitive to the characters I had played before and my film profile is quite small, saying that I was delighted to have auditioned. Saying that, I once played a notable villain which was James Earl Ray, the guy who assassinated Martin Luther King, to this day, my wife maintains it’s my best performance, so go figure.’’

‘‘At the audition Philipp was very courteous and seemed genuinely interested in what I was doing. From the very beginning I felt very at ease in his company, in fact it’s one of the most remarkable things about him, he’s a serious artist with lots to say, and big things to say, and he’s articulating them in quite an extraordinary way but he’s very self-effacing and was very generous towards us as actors. This meant there was very little anxiety on set.’’

‘‘I was also quite comfortable with the very avant-garde nature of the production, In fact I was pretty excited about that aspect of The Last Faust, it’s rare to work on a project that alters your perceptions and puts you in positions you’ve never been before. These are the most exciting things for an actor, these are the things that allow you to develop as an artist.’’ 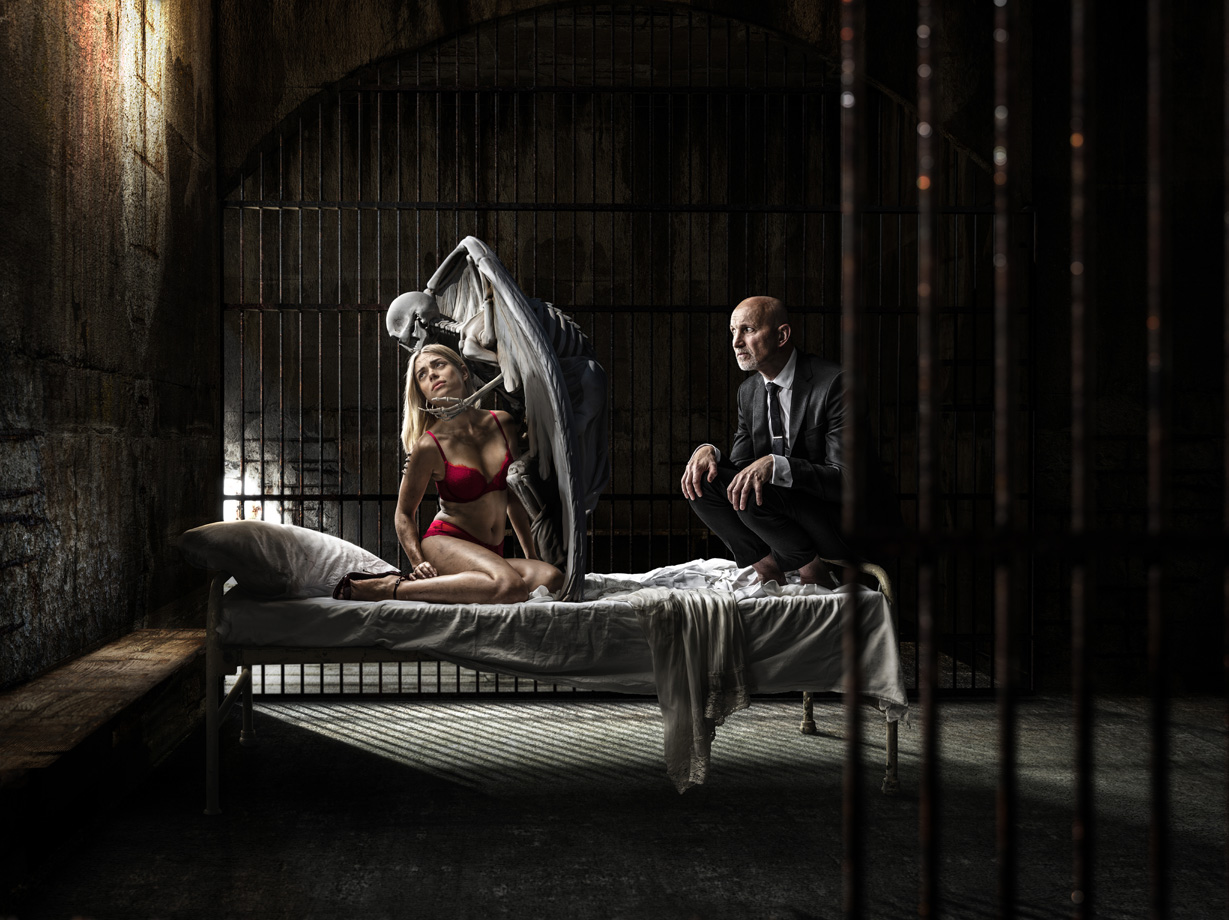 Speaking about his character Mephisto, Dilley says the script was very clear about the nature of this being and in turn allowed him to slip inside the insidious personality that is the demon.

‘‘Funnily enough I Googled the words ‘hedge fund manager’ and up popped all these images of these guys, and they were almost exclusively male, wearing grey suits and the majority were shaven headed. I thought, Christ that’s weird! They all look like me or rather they all look like Mephisto!’’

What could be worse than a smug-bastard demon?

‘‘Actually, my only real concern was whether I would get on with the actor playing Faust as we had so many scenes together. Luckily we got on like a house on fire! Martin Hancock and myself from very different backgrounds and have had wildly different careers but it was a joy to work with him and I really hope that that chemistry comes across on screen.’’

The powerful visual aesthetic of The Last Faust has been commented on by most of the cast and crew but for Dilley in particular it was a reminder that there are artists and filmmakers out there who are willing to take risks and push the boundaries of how films are made.

‘‘I was really struck by the whole look of the film and tried to think of who you could compare Philipp’s work to and I had to go back to auteur’s like Ken Russell (The Devils, Lisztomania) and probably even closer than that would be Peter Greenaway (The Cook, The Thief His Wife & Her Lover, Drowning By Numbers). I think the film is a palimpsest of Faust. He’s taken an existing text and overlaid his own interpretation and it’s quite simply a wonderful thing. ‘’